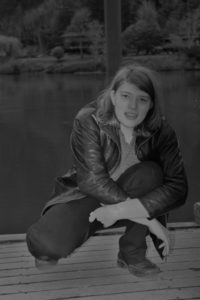 ProperlyDunne is a very small indie label for musicians. ProperlyDunne especially works with aspiring teen musicians to help make their visions reality. Young minds are the future of this industry, as they are for any industry in the world. We believe it is our duty to help these young musicians get on their feet and build the career they always wanted.

Garrett Dunne, founder, was 2 years old when he discovered the power of rock music. He was home with his grandmother who popped in a dvd for him to watch, as he loved music with all his heart. The dvd turned out to be the Elvis ‘68 Comeback Special. As the blues fused tunes quickly crawled in his ears like worms, he had found one of his first idols. His desire to create rock music grew further when he discovered rock from the 60s and 70s. It had its own swagger that hasn’t been replicated since that time. The biggest band he would find at around 13, but wouldn’t become super prominent for 2 years. Pink Floyd became the basis of his classic rock influence with the social issues shown in the lyrics and the raw feel. At 14, Dunne was given his first guitar. It was a red Stratocaster copy with a small amp. Dunne struggled with his very heart and soul to teach himself everything he could possibly know. Garrett was 15 years old when he started his first band, Prophets of Orcus. After splitting only a few months later, Dunne took his brother; David Dunne-Bjornsen, bassist of BlizzardFire; and spent several months with the thought “what do I do without a drummer, we don’t have a band.” In that time, Dunne picked up a little bit of drumming technique and took his distribution he had gotten for Christmas the year before, and he released “(You’re Destined To) Love Me; the first song by BlizzardFire. All through the next year, he looked for creative ways to build his following and drive home the passion for music he has had his whole life. He has released alongside his brother 13 songs, all on an album and an EP, and he shows no signs he’s ever going to stop.